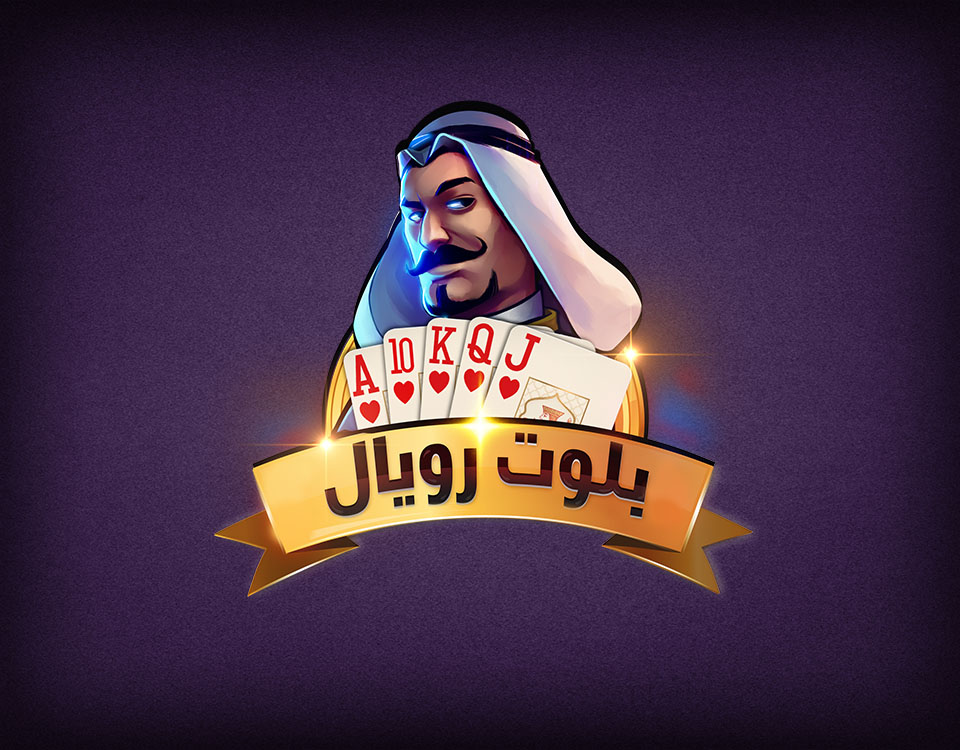 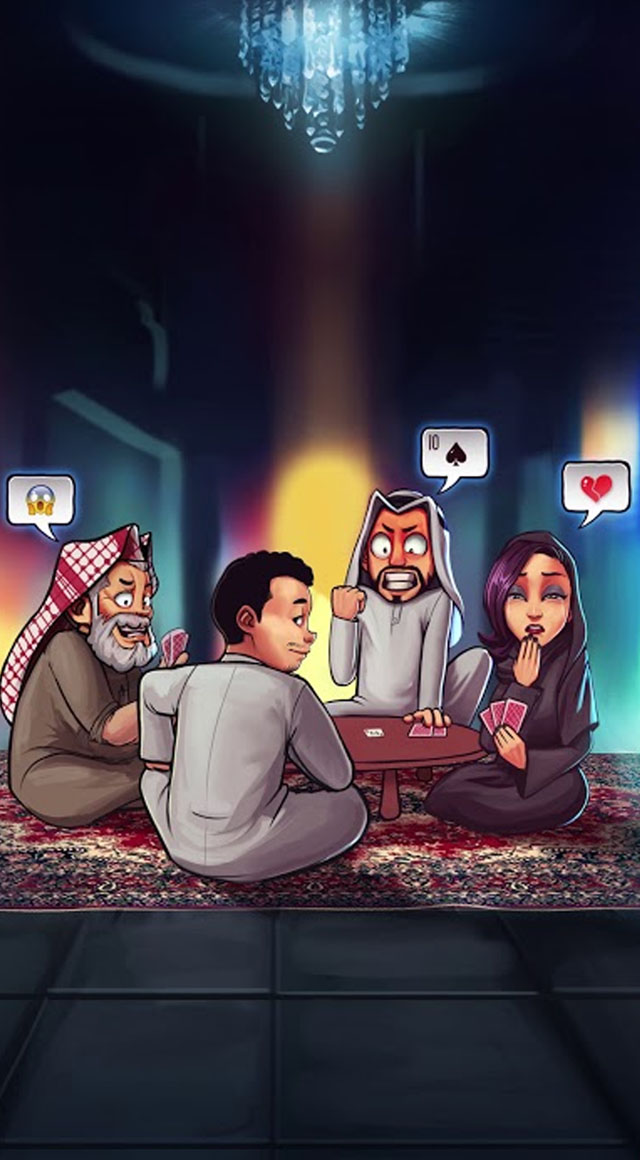 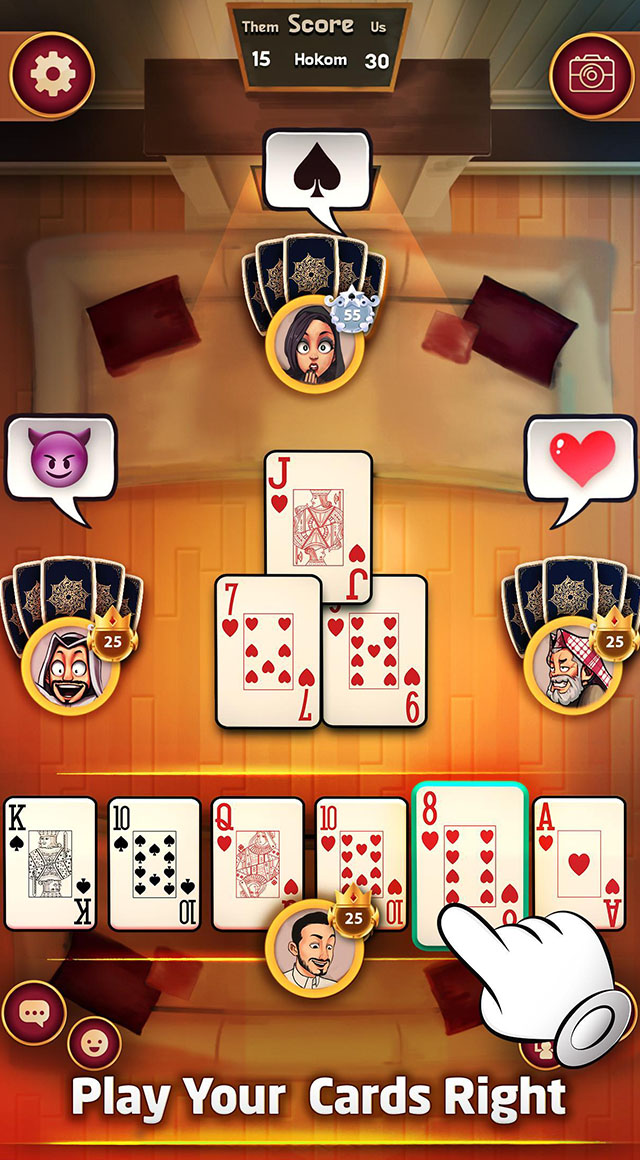 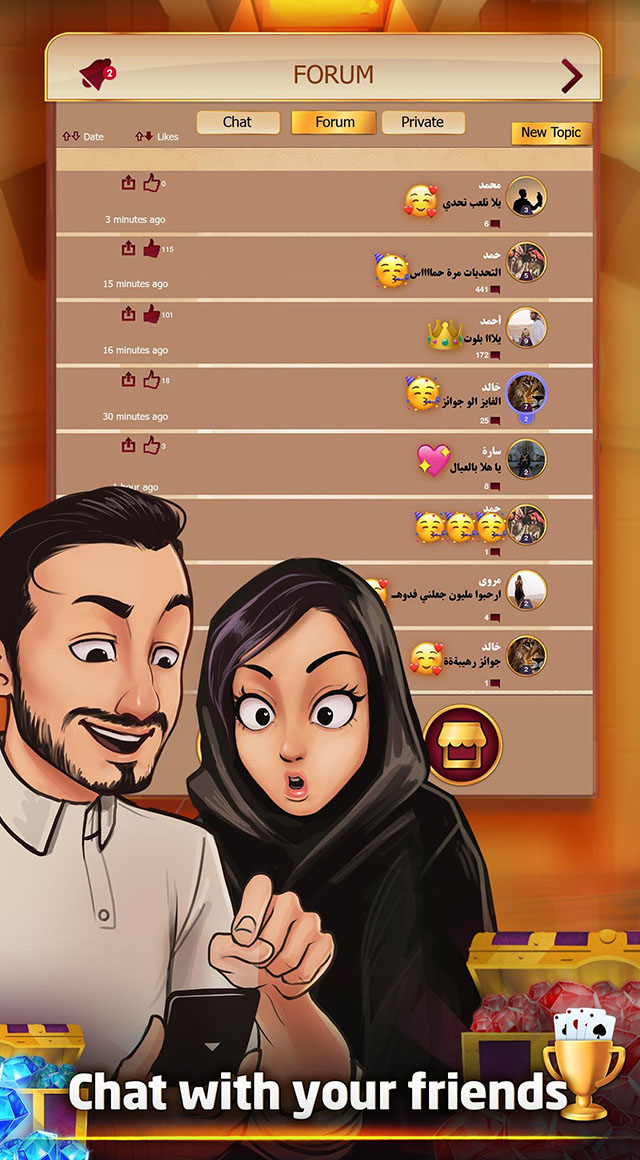 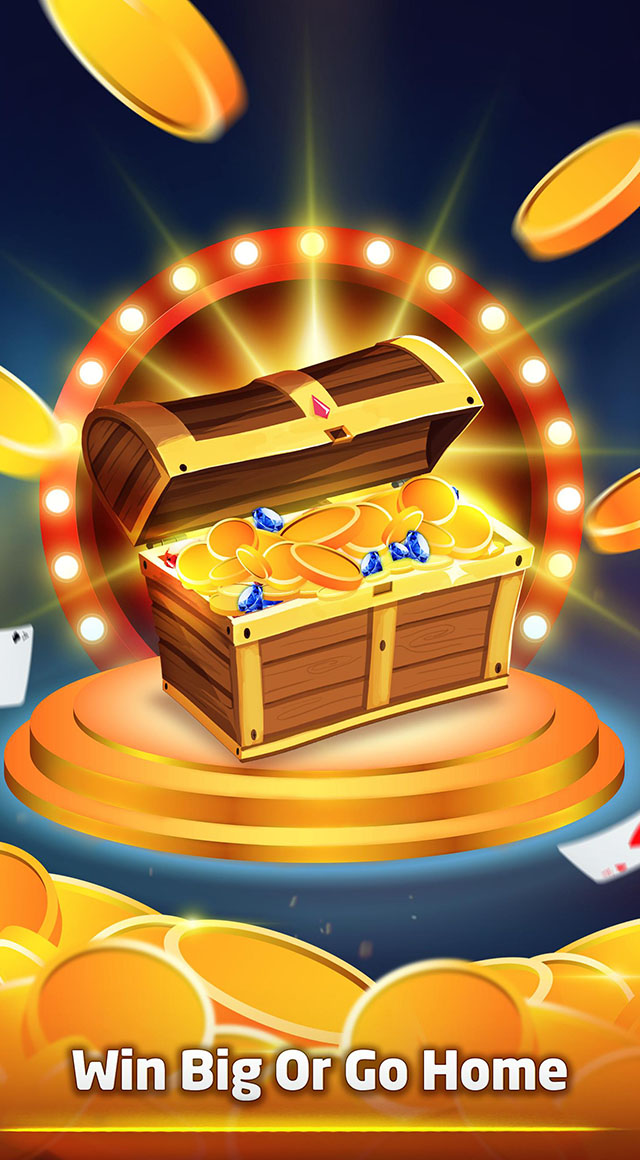 Baloot Royale is developed by Imperia Online JSC based on a concept by Babil Games which are also the game's publisher. The most popular card game in the Middle East, especially in the Gulf. Baloot Royale is a four players card game played in teams of two, the first team to reach 152 points wins. Have fun and compete with players from all over the world. Invite your friends, chat, play together and exchange great gifts.Win Real Prizes by competing in tournaments and be the champion by reaching the highest level on the ranking list.

• Available in English and Arabic